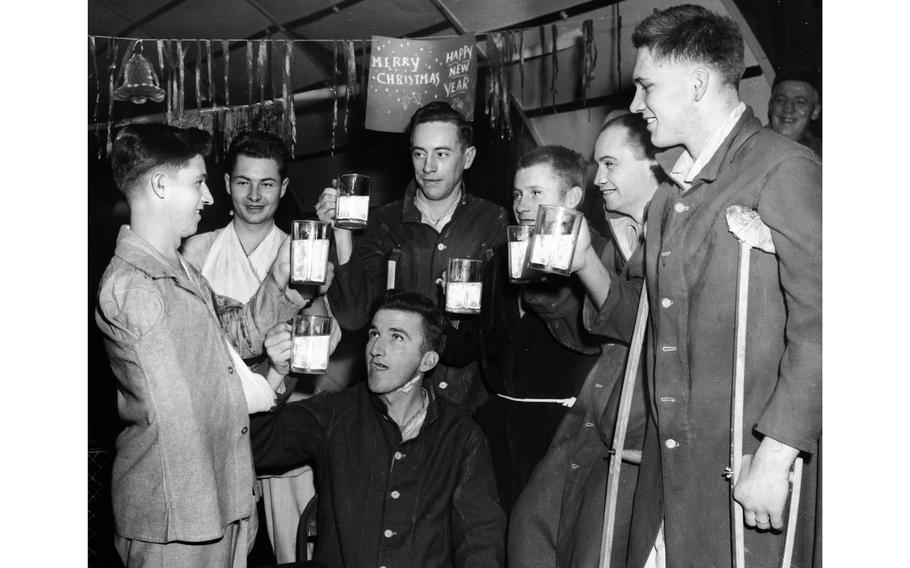 England, Dec. 31, 1944: Wounded service members at the 7th General Hospital raise a non-alcoholic toast to the impending arrival of what would be the last year of World War II.

When the photo originally ran in the Stars and Stripes, London edition issue of Jan. 2, 1945, the original caption read: “This is the sober toast to the New Year by men who know what life is like on the Western Front — GIs recuperating from wounds in the general hospital in England. The beverage in those massive mugs is milk. Yes, we said milk.”