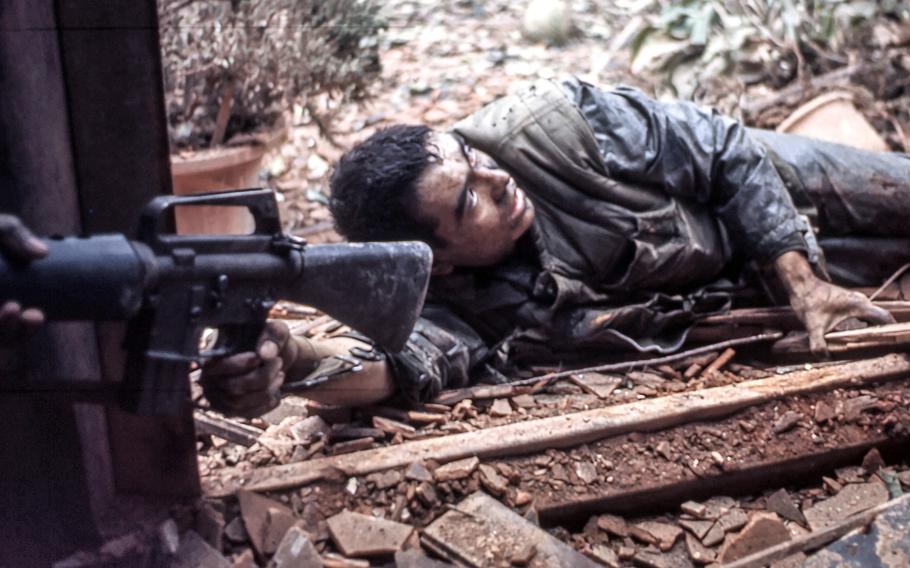 Hue, South Vietnam, February 1968: A U.S. Marine holds out his M-16 rifle to pull a wounded comrade to safety during the battle for the city of Hue. More than 200 Americans were killed and 1,500 wounded in the month-long siege that was part of the Tet Offensive.