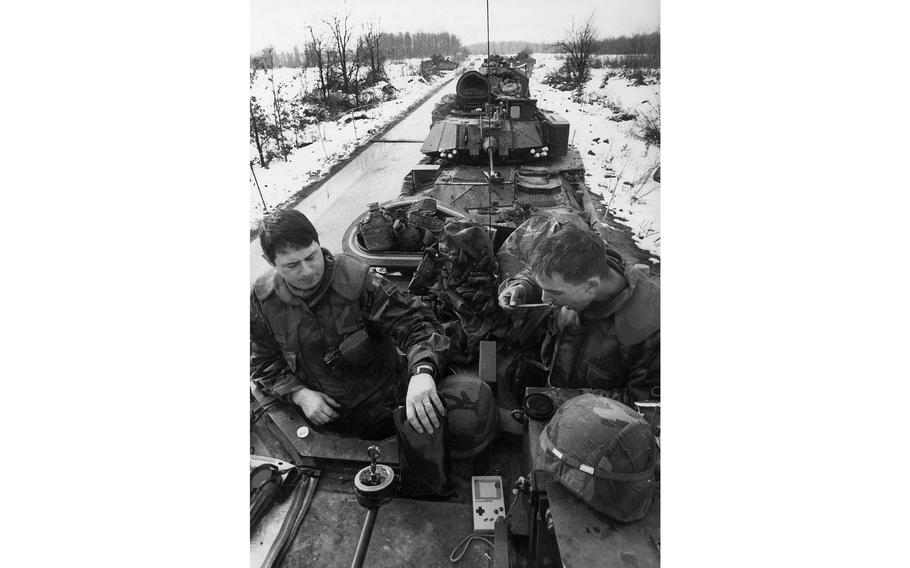 Somewhere in Bosnia and Herzegovina, winter 1996: 1st Armored Division soldiers catch meals where and whenever they can during the early days of the NATO-led Implementation Force deployment in Bosnia-Herzegovina from December 1995 to December 1996.

Looking for Stars and Stripes’ coverage of U.S. involvement in former Yugoslavia? Subscribe to Stars and Stripes’ historic newspaper archive! We have digitized our 1948-1999 European and Pacific editions, as well as several of our WWII editions and made them available online through https://starsandstripes.newspaperarchive.com/