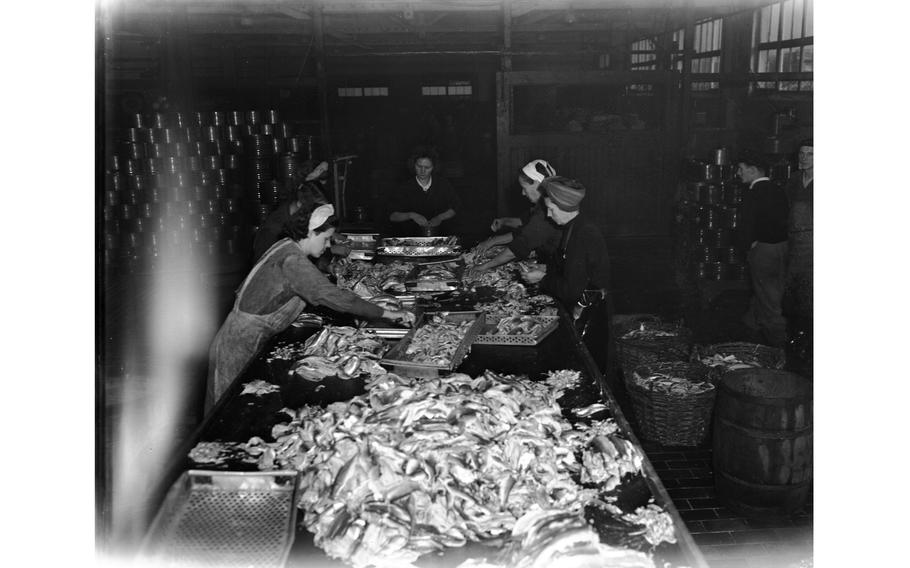 Bremerhaven, West Germany, Oct. 8, 1947: Women are gathered around a large table as they gut, clean and sort fish at the Bremerhaven fish market. In the immediate post-war years, the fishing port had — apart from its legal market — also a thriving black fish market as Germans living in Russian occupied Germany — less than 100 miles east — would travel into the city to buy fish.

This image is from a series of images titled “Fish Black Market,” taken October 8 and 9, 1947, but not believed to be of the black market. None of the images were ever published and no caption information was supplied by the photographer at the time. In October 1948 S&S declared the Fish black market “practically dead.”

From the article: “German police who formerly arrested hundreds of back marketers coming here largely from the Russian Zone now catch only a few persons each week when regular raids are staged in the main rail station.” The disappearance of the black marketers was attributed to the new Deutsche Mark, increased difficulty faced by Germans living in the Russian zone to leave the zone and come back, and diminishing scarcity of fish in the stores.