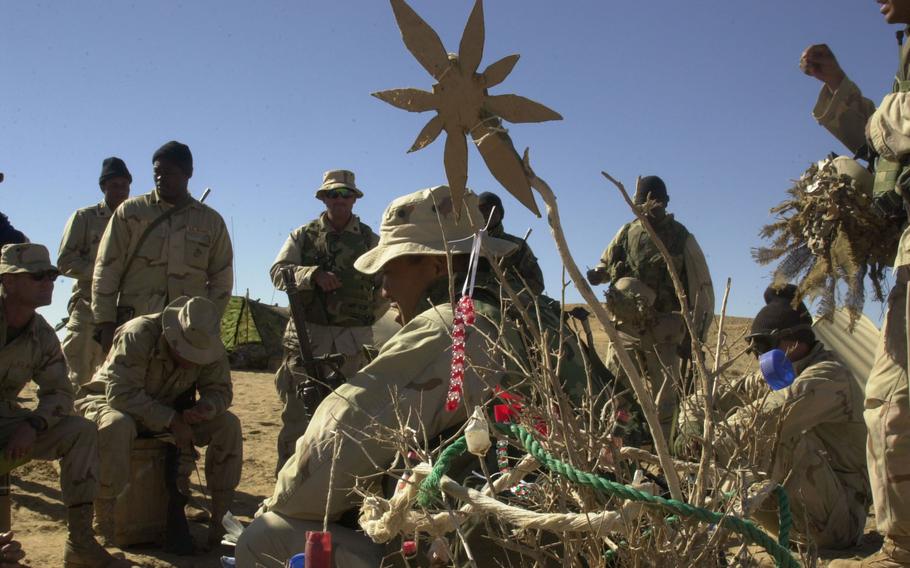 Camp Rhino, Afghanistan, Dec. 12, 2001: Despite living in a war zone, Marines at Camp Rhino display their holiday spirit. The desert version of a Christmas tree — dried brush decorated with bits of rope and red-and-white beaded candy cane, complete with a star on top — provided a quirky backdrop for the troops’ morning briefings. The Marines at Camp Rhino were the first major U.S. ground component in the war in Afghanistan.