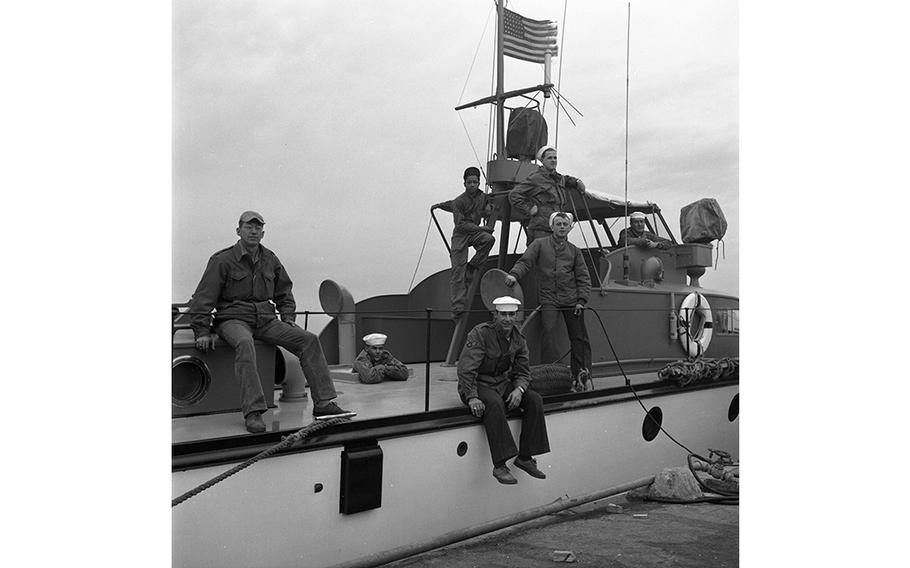 Tripoli, Libya, 1954: Members of the 7th Crash Rescue Boat Flight pose aboard one of the four 63-foot converted PT boats that provide marine rescue services in the event of an air crash at sea. The sleek crafts were equipped with 1,000 horsepower Hall-Scott engines and have a top speed of about 40 knots. Cruising at about 25 knots, they were capable of staying at sea for approximately 30 hours. Stripped of the armament they carried as PT boats, the craft contained 10 cots and were equipped with a dispensary. Read more here.