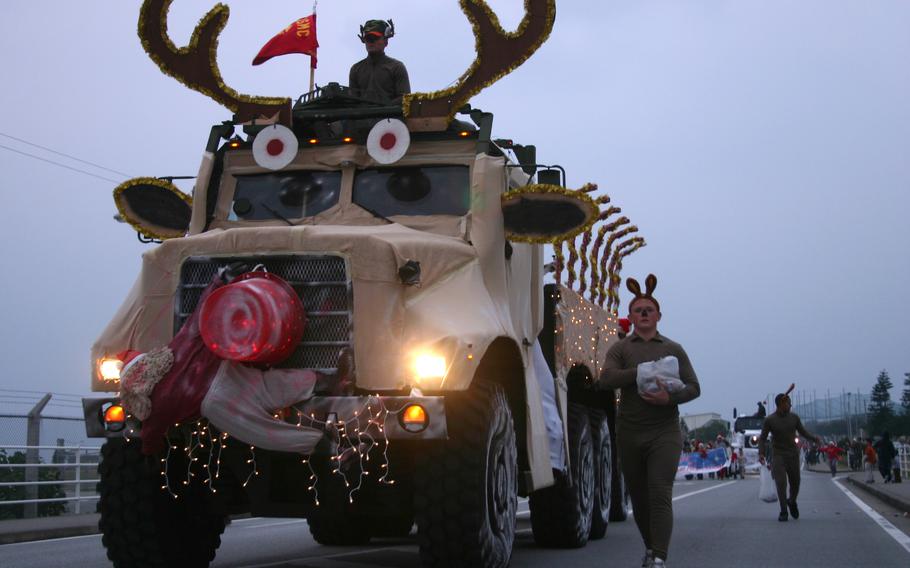 Camp Kinser, Okinawa, Dec. 7, 2007: Marines of Headquarters Company, Combat Logistics Regiment 37, throw candy from their “Grandma Got Run Over by a Reindeer” float during the Camp Kinser Christmas parade. Sgt. Cody Perry said the float was his idea and it took the unit about three weeks to turn the up-armored seven-ton truck into a reindeer. “It was definitely worth it,” he said. The float won third place.

Stationed in Okinawa and want to see some holiday lights? Check out Stars and Stripes Okinawa’s list here.

Those stationed in Japan can check here for their lights.