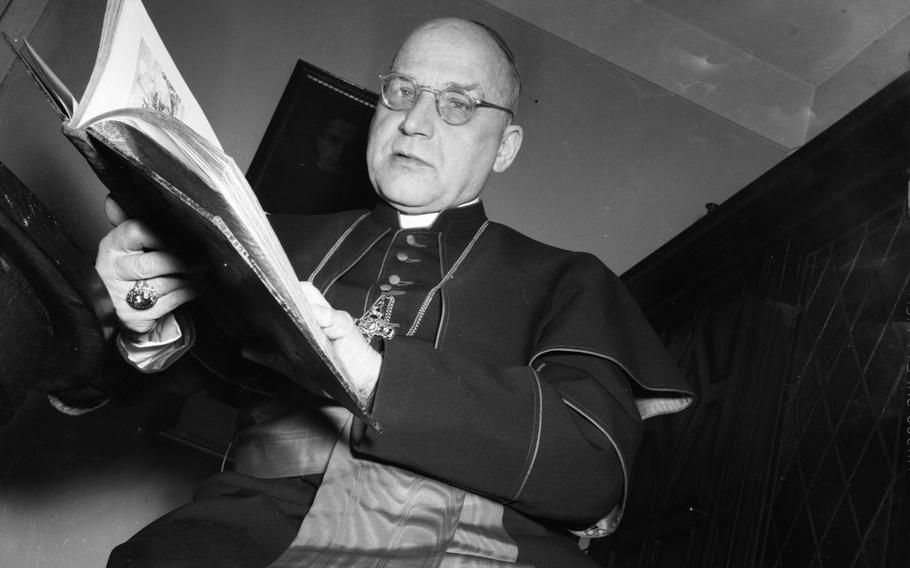 Berlin, Germany, Feb. 9, 1947: Portrait of Cardinal Konrad von Preysing in Berlin, a few days before the cardinal’s trip to New York to speak at a Catholic conference about the welfare of Catholics under the Nazi regime. Preysing — a bishop under Nazi rule — was a vocal critic of Hitler, his policies and regime and lended aid to Jews and members of the resistance.