On patrol in Afghanistan, 2010 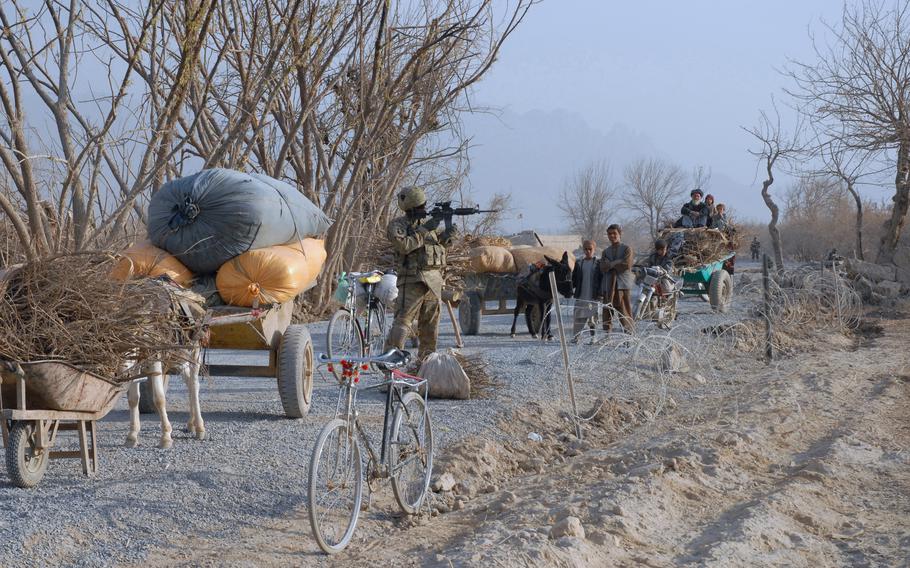 Tarok Kolache, Afghanistan, Dec. 20, 2010: A 101st Airborne Division soldier patrols along the bombed-out village. The U.S. Army demolished the small village in the Arghandab district of Kandahar, Afghanistan, commanders said, after discovering the Taliban had kicked out the residents and rigged the buildings with massive amounts of explosives. Gen. David Petraeus, commander of the International Security Assistance Force, visited the bombed out site in 2010 as the U.S. forces worked to rebuilt part of the village.

Read the 2010 story on Gen. Petraeus’ visit to the village here https://www.stripes.com/news/petraeus-promises-villagers-u-s-will-rebuild-what-it-has-knocked-down-1.129479