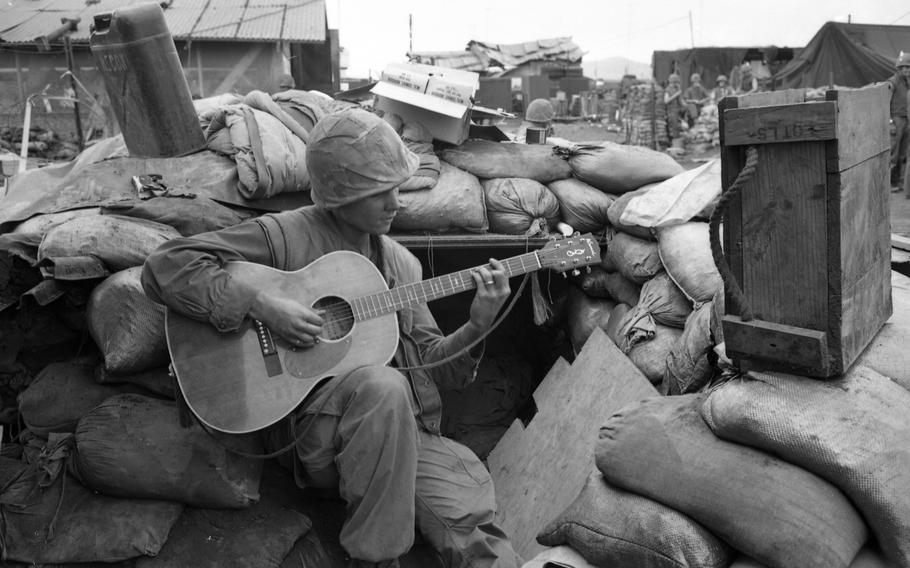 Khe Sanh, South Vietnam, January 1968: A Marine passes the time playing his guitar surrounded by sandbags in a dugout at Khe Sanh Combat Base, just days after the North Vietnamese launched a massive artillery strike on the base, the first of many. The siege of and battle for the base would last until April.

Looking for Stars and Stripes’ historic coverage of the Vietnam War? Subscribe to Stars and Stripes’ newspaper archive! We have digitized our 1948-1999 European and Pacific editions, as well as several of our WWII editions and made them available online through https://starsandstripes.newspaperarchive.com/