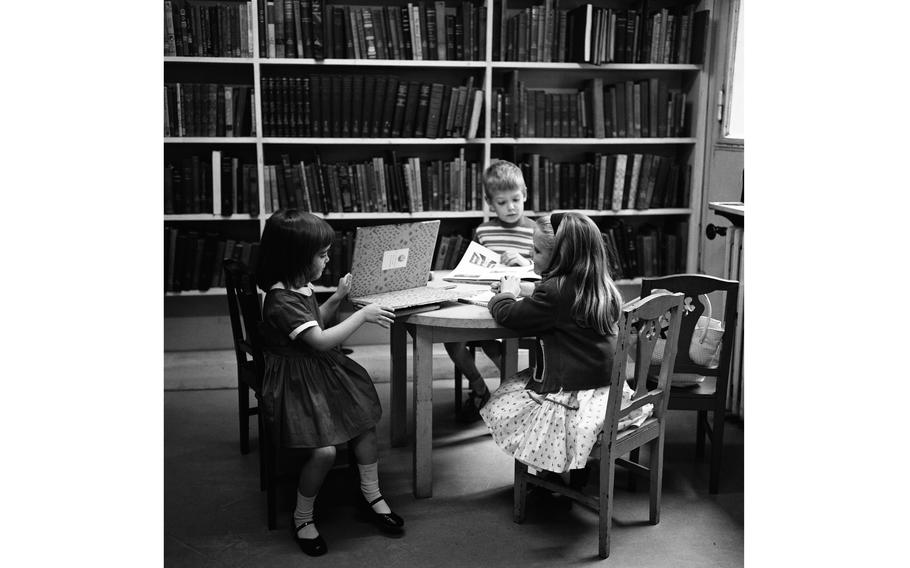 Paris, July 16, 1960: An American girl (left) and two French youngsters in the reading room set aside for children at the American Library in Paris. The library was established after World War I when a large collection of books supplied to American Expeditionary Forces was gathered together. With a small endowment from the American Library Associations, the library opened in 1920 under the sponsorship of a committee of Americans living in Paris.