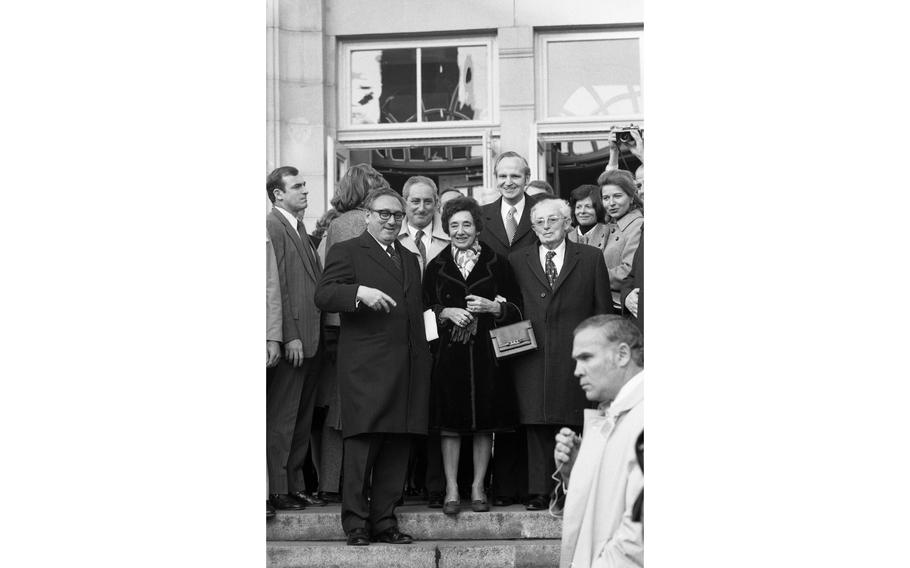 Fuerth, Germany, Dec. 15, 1975: U.S. Secretary of State Henry Kissinger stands on the steps of Fuerth’s City Theater with his mother, Paula and father, Louis by his side. Kissinger’s brother Walter (left) and the Fuerth’s Lord Mayor Kurt Scherzer stand in the row behind them. Kissinger visited his former hometown in Germany to receive the city’s highest award — the Golden Citizen’s Medallion — for his efforts to achieve peace in the world. The Kissinger family left the Bavarian town in 1938 after Kissinger’s father was forced to quit his job as Jews were barred from teaching positions across Germany. The elder Kissinger, his wife and two children fled to the United States.