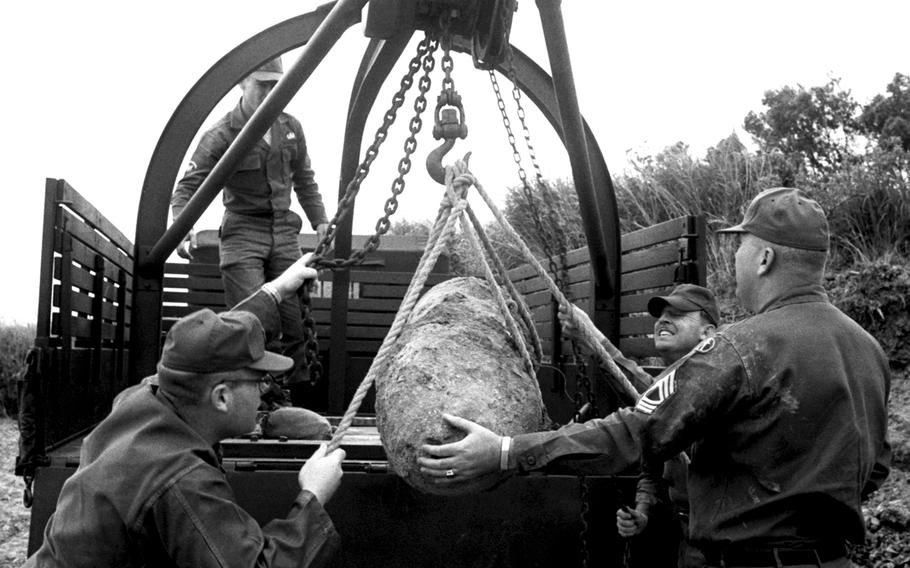 Okinawa, March 1967: Soldiers from the U.S. Army's 196th Ordnance Battalion, 2nd Logistical Command load a just-disarmed World War II bomb onto a truck, to be taken away for disposal. The Explosive Ordnance Disposal Section received 854 calls for help the previous year, resulting in the removal of 92 tons of ordnance from an island that saw some of the heaviest fighting of the war.