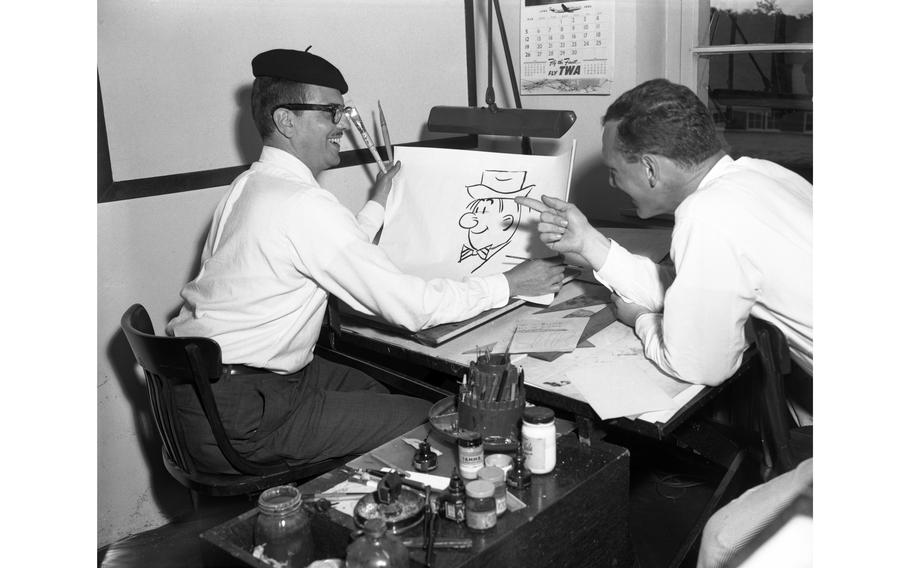 Griesheim, Germany, June 30, 1955: Over the decades Stars and Stripes employed and published many talented artists. Dick Wingert (left), creator of the “Hubert” cartoon, was one of them. Wingert began drawing “Hubert” in 1942, when he was a member of the London edition of Stars and Stripes. He had enough fond memories of his former employer that he stopped by when touring Europe with his wife Lee and two daughters in 1955. Visiting the paper’s then headquarters in Griesheim, Germany, he sketched his favorite character for Jack Gregory of the Stars and Stripes art department.

Since 2004 the small (but mighty!) archives staff has worked to make more of our historic content available online. We have digitized our 1948-1999 European and Pacific editions, as well as several of our WWII editions and made them available online through http://starsandstripes.newspaperarchive.com/