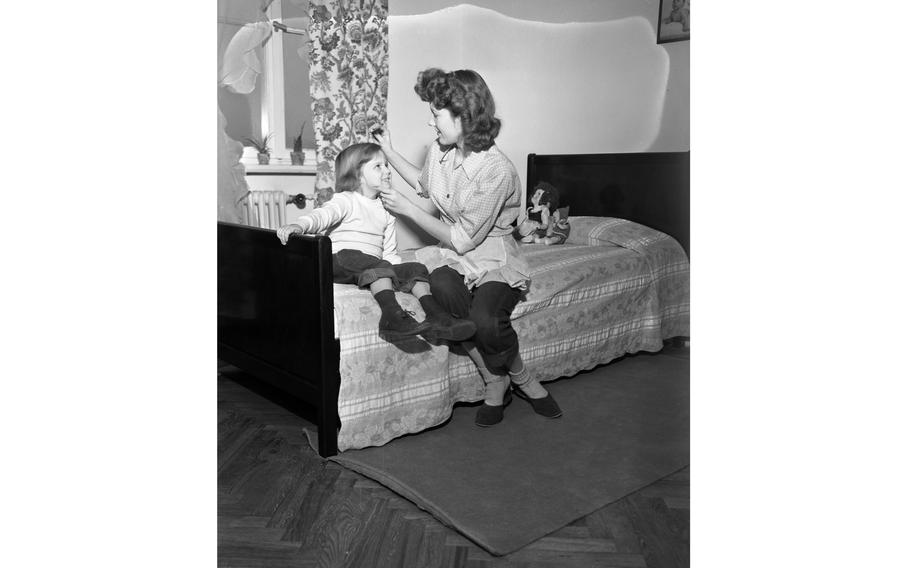 The original negative that this image was captured on suffers from a preservation issue called “silvering,” where the silver particles rise to the top of the gelatin layer of the film. During a preservation survey of Stripes’ photo collection in 2018, archives staff found that especially the 4x5 negatives from the late 1940s and early 1950s were suffering the most from this particular preservation issue. As the “silvering” will eventually cause the image captured on the negative to fade, the affected negatives were pulled and prioritized for scanning.

Since 2004 the small (but mighty!) archives staff has worked to make more of our historic content available online. We have digitized our 1948-1999 European and Pacific editions, as well as several of our WWII editions and made them available online through http://starsandstripes.newspaperarchive.com/