Getting some exercise in South Korea, 1958 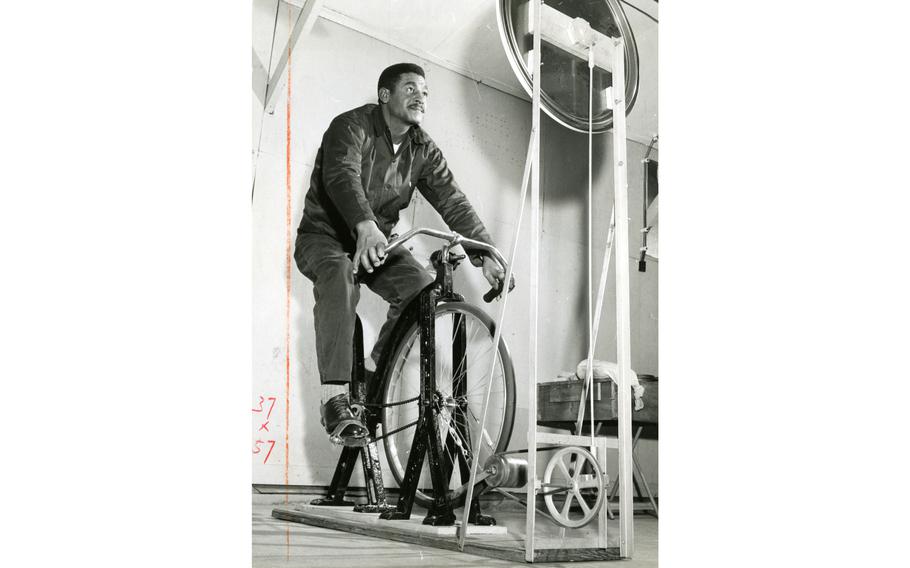 If you look closely at this photograph, you can see the red edit marks made by the photo editor to indicate how the image should be cropped and published in the printed paper. The Pacific Stars and Stripes — which published its first issue in 1945 — lost all of its pre-1964 negatives during a move to new locations that year, so the prints of the images that were published in the paper are the only originals we have left. As part of our preservation efforts, Stars and Stripes’ archives staff has begun their digitization. All prints are scanned twice: once in full color, with the edit marks, and once in black and white, without the edit marks.