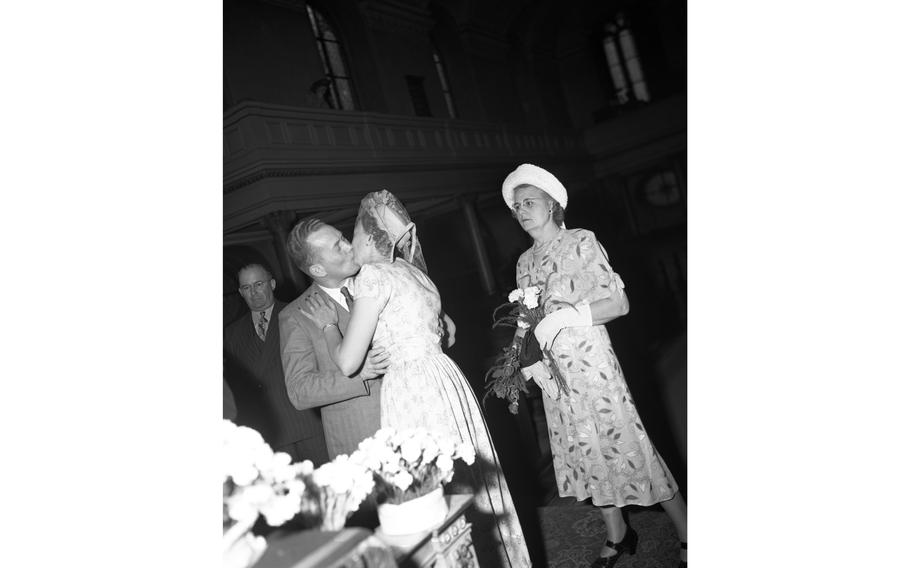 Heidelberg, Germany, June 19, 1948: Romance was in the air for many a service member serving in Europe in those immediate post-war years. Stars and Stripes staffers were not immune to Cupid’s arrow either and Stripes’ staff photographers were often called upon to do double duty as wedding photographers for their love-struck colleagues. Of the staff wedding photos so far digitized by Stars and Stripes’ archives staff, this one of Sheridan Louis Moyer, of Wheeling, W. Va., and his bride Mary Joan Liddle of Wallasey, Cheshire, England, sharing their first kiss as a married couple, is our favorite. Liddle was the former secretary to the managing editor of Stars and Stripes at the time, and Moyers served as chief mechanical adviser to the chief of ordnance, EUCOM. The identity of the two rather sour-looking witnesses is unknown.