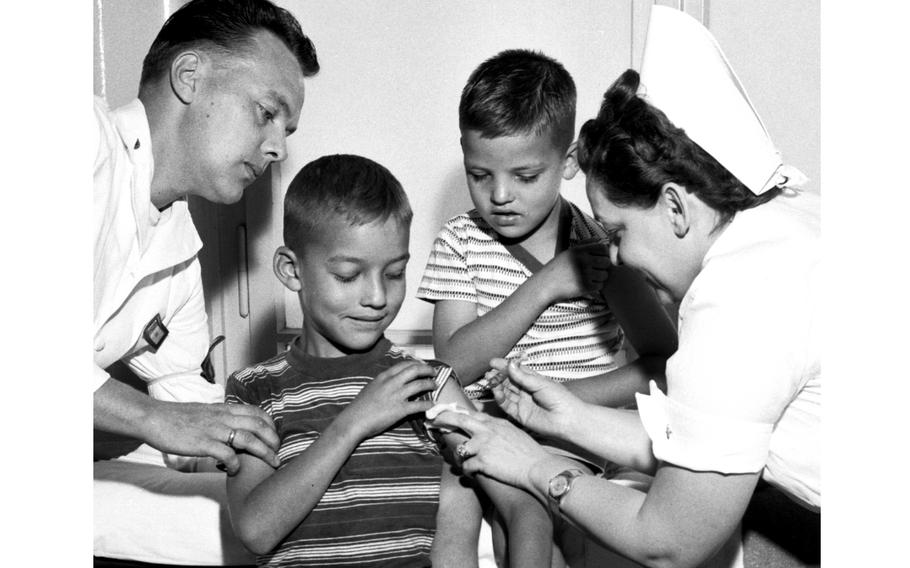 Frankfurt, Germany, August 1955: With his 6-year-old brother Ronald watching, 7-year-old Robert Duran, son of Sgt. and Mrs. Raymond Duran, receives a Salk polio vaccine shot from Capt. Anna L. O’Hagen at the 97th General Hospital. Helping out is Sgt. Lester Nelson. The Salk vaccine, approved for release to the general public four months earlier, was a large factor in controlling a disease that struck over 57,000 Americans in 1952. By 1962, with the Sabin vaccine added to the fight, the number of new cases reported was under 1,000.