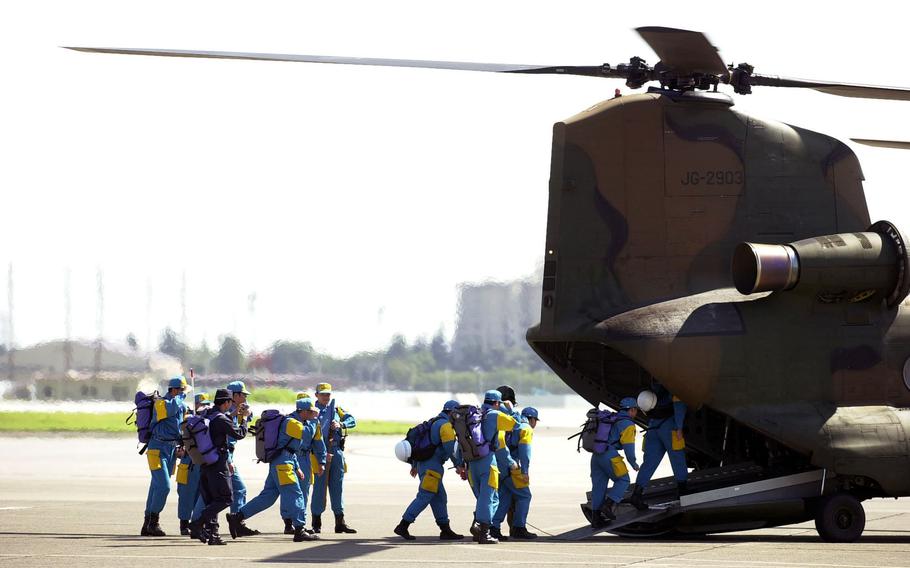 Yokota Air Base, Sept. 1, 2004: Japanese Police Department personnel depart Yokota Air Base on a CH-47 Chinook at the completion of the Earthquake Disaster Preparedness Drill. The Tokyo Metropolitan Government conducts the annual drill every September as part of their plan to deal with such disasters. Similar disaster preparedness drills can be seen around U.S. bases as well because September is Disaster Preparedness Month in the United States.

Read the article on the drill.