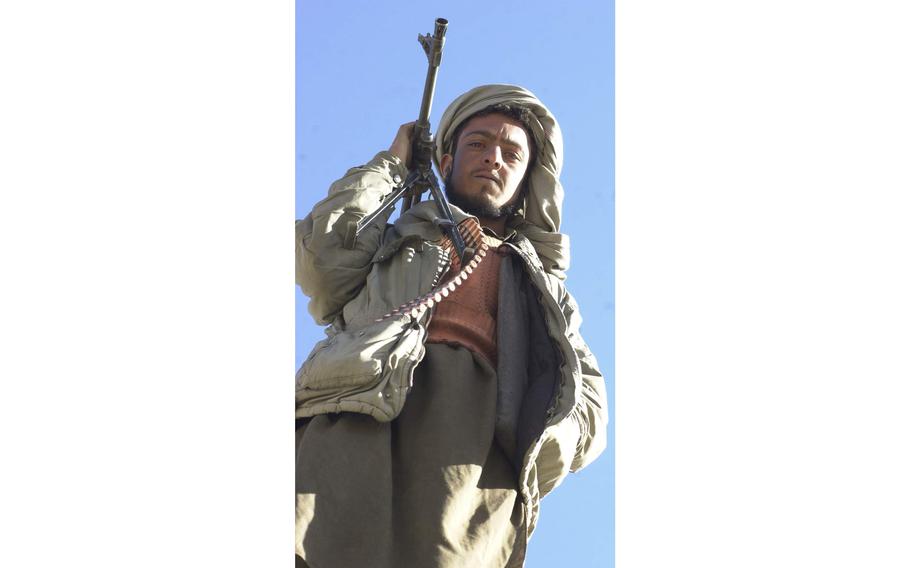 Jalrez district, Afghanistan, Nov. 25, 2001: A Taliban fighter looks on as Northern Alliance forces take control of Jalrez. The district was the last pocket of Taliban-controlled territory immediately outside of the capital city of Kabul. The Taliban troops had surrendered, said the Northern Alliance soldiers, but they refused to give up their weapons. Read more here.