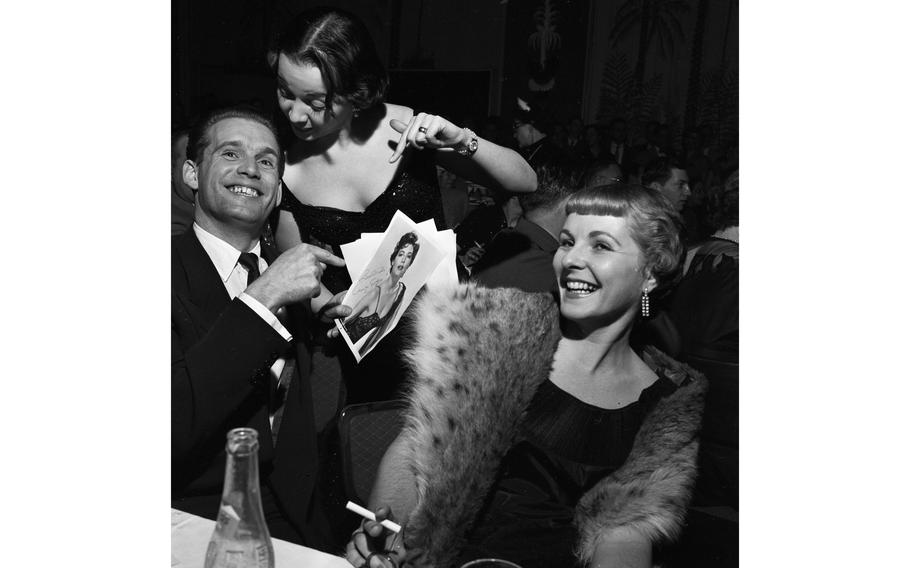 Frankfurt, Germany, Feb. 4, 1954: New York-born Puerto Rican actress, dancer and comedienne Olga San Juan jokes around with guests as she tries to entice them to buy raffles to win autographed photographs of Ava Gardner at the March of Dimes benefit held in the main ballroom of the casino in Frankfurt. The informal show — of which Errol Flynn was the master of ceremonies — also featured Flynn’s wife actress Patrice Wymore. More than 900 jammed into the main ballroom of the Casino to watch the antics of the star-studded cast and listen to the music supplied by the Air Force’s Sky Tones band. Check out the story and additional photos of the charity event.