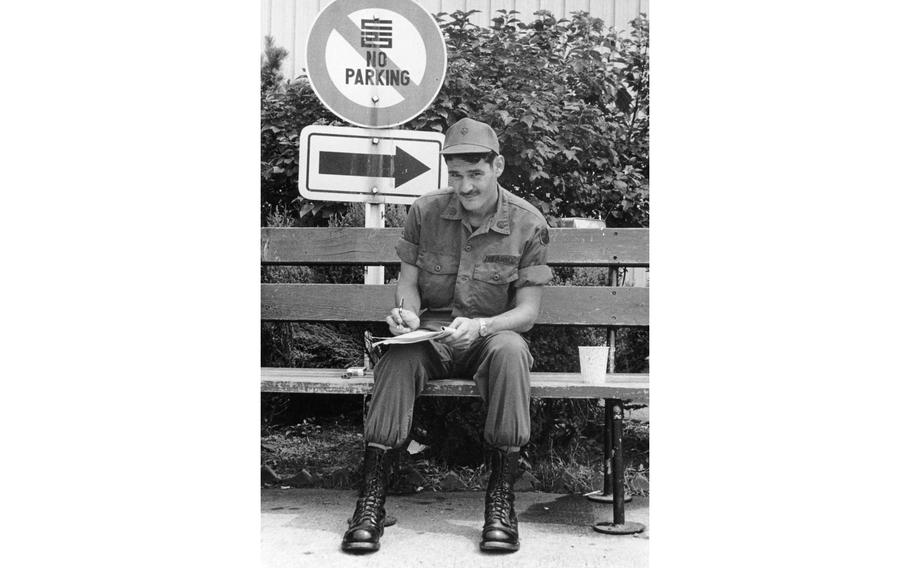 Yongsan Garrison, Seoul, South Korea, August 1981: Spc. 5 William Coe sits in a no parking zone as he writes a letter home. The sign above his head was intended for motorists in the post exchange parking lot at Yongsan Garrison rather than for letter writers parking on the park bench.

Were you stationed in South Korea in 1981? Read the paper you read then by subscribing to Stars and Stripes’ historic newspaper archive! We have digitized our 1948-1999 European and Pacific editions, as well as several of our WWII editions and made them available online through http://starsandstripes.newspaperarchive.com/