Arriving at Rhein-Main Air Base, 1950 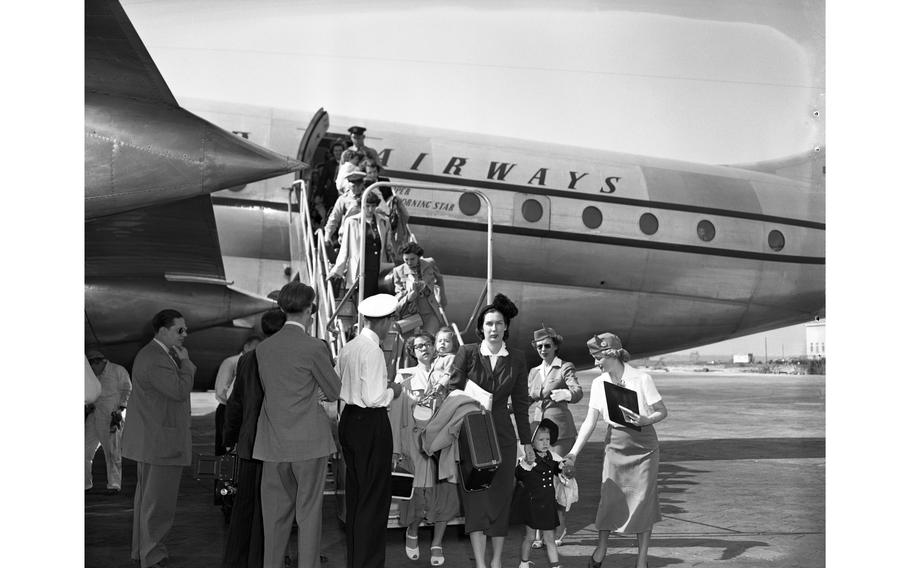 Rhein-Main Airbase, Germany, Aug. 10, 1950: EUCOM personnel and their dependents debark from the Pan American clipper that brought a record passenger load from New York City to Rhein-Main airport. With the German occupation officially ending with the creation of the Federal Republic of Germany in May 1949, the U.S. military settled in for an extended stay in Europe — expanding base footprints and building more and more housing to accommodate the influx of dependents joining the service members stationed in West Germany.

Looking for Stars and Stripes’ articles on the Cold War and the buildup of the U.S. military in Europe? Subscribe to Stars and Stripes’ historic newspaper archive! We have digitized our 1948-1999 European and Pacific editions, as well as several of our WWII editions and made them available online through http://starsandstripes.newspaperarchive.com/