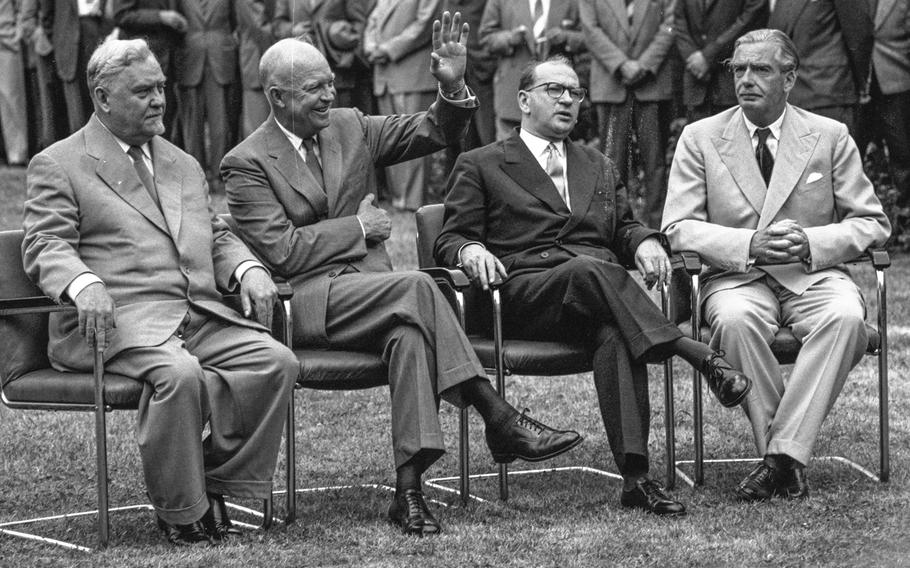 Geneva, Switzerland, July 1955: President Dwight D. Eisenhower appears to be in a good mood during a four-power summit meeting, the first since the Potsdam Conference of 1945. Eisenhower met with Soviet Premier Nikolai A. Bulganin, French Premier Edgar Faure and British Prime Minister Anthony Eden, left to right, in an event that was viewed as an indicator of the easing of Cold War tensions.