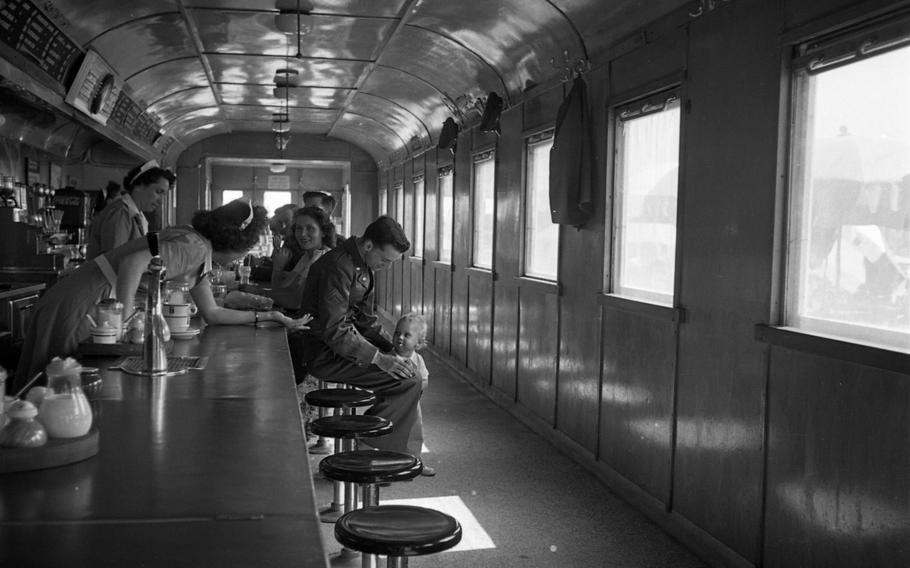 Roedelheim, Germany, June 17, 1950: One of the waitresses at the Zephyr Diner coos over a toddler brought in by a soldier dad and his wife. The diner, which opened in 1949 as part of the European Exchange System, was located on the autobahn north of Frankfurt, on the Westerbachstrasse, Roedelheim. It was the first diner in the European Command area. It no longer exists.