Spearhead of Reforger I arrives in Nuernberg, 1969 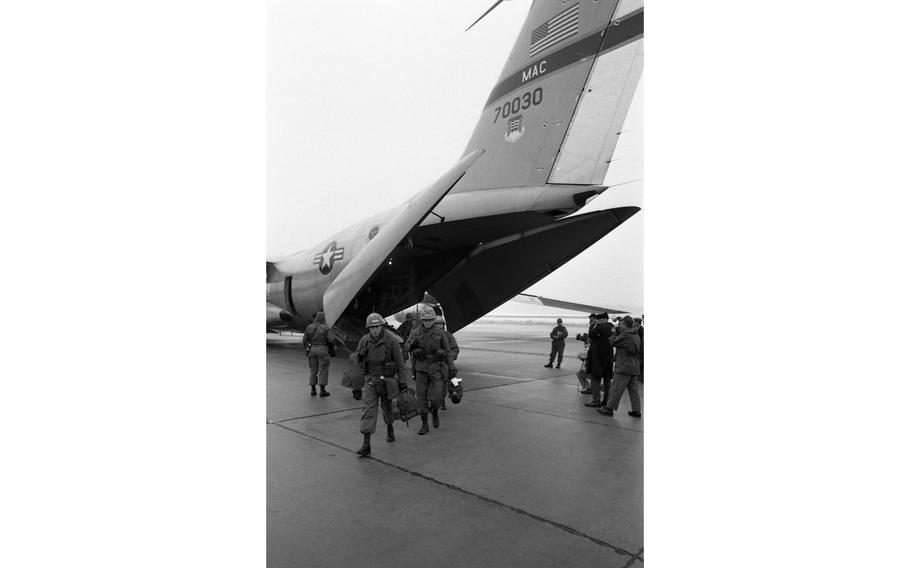 Nuernberg, Germany, Jan. 21, 1969: The spearhead of the main body of the Reforger I combat troops touched down in the first of 63 C141 StarLifters bringing 5,000 soldiers here in two days for the climax of the dual-based Army/Air Force exercise. The exercise — the first test of the dual-based concept — had been scheduled for later in the year, but the timetable was advanced after the Soviet-led invasion of Czechoslovakia.