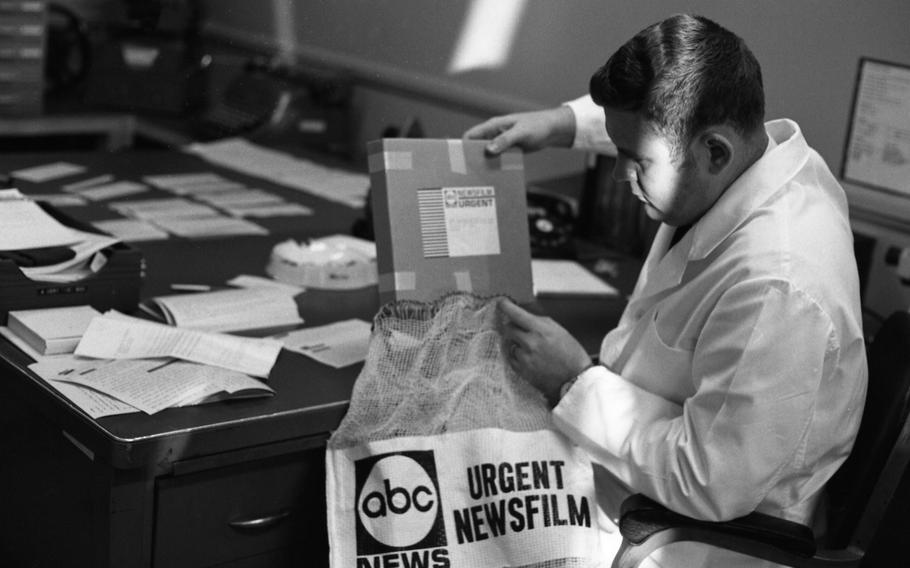 Ramstein, Germany, Nov. 25, 1970: Warren T. Lee, AFTV news director, receives the first load of stateside news film. AFTV began showing stateside TV news film for the first time, and less than 24 hours after it had been seen on TV in the United States. The service, arranged by USAFE with the American Broadcasting Company, brought film aired on the 6 p.m. (EST) news in the States to be screened the next evening on the AFTV broadcasts.