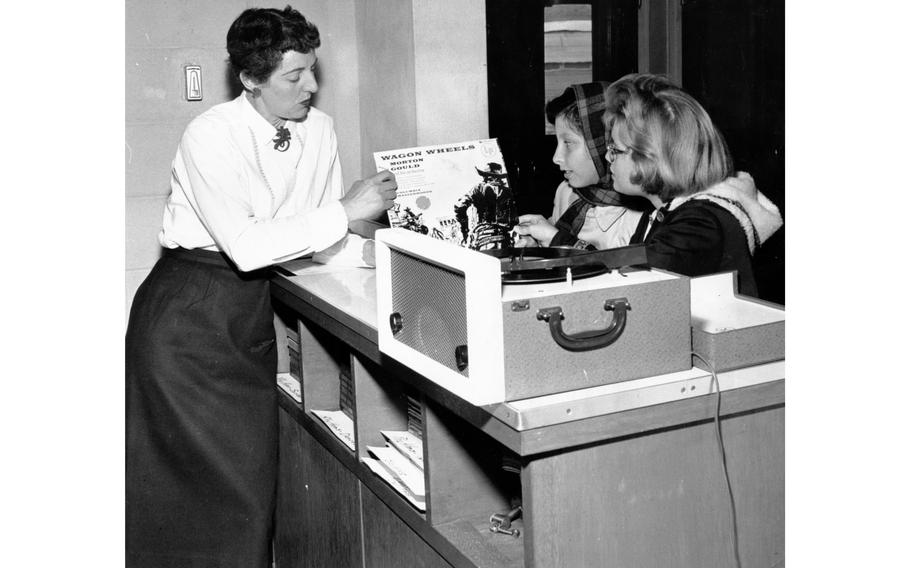 Seoul, South Korea, Dec. 29, 1959: Seoul American Elementary School Principal Dolores M. Scholl shows students Sherry Davis (center) and Karin Johnson the record “Wagon Wheels,” by Morton Gould and his orchestra — one of the many records in the music library at the newly constructed school. Davis and Johnson were among the 450 dependents attending the first American dependent schools in Korea. Both the elementary school and the Seoul American high school were completed the previous month, and enrollment had been overwhelming. “We had planned for 200 students this term. Instead, we have 345,” Scholl said.