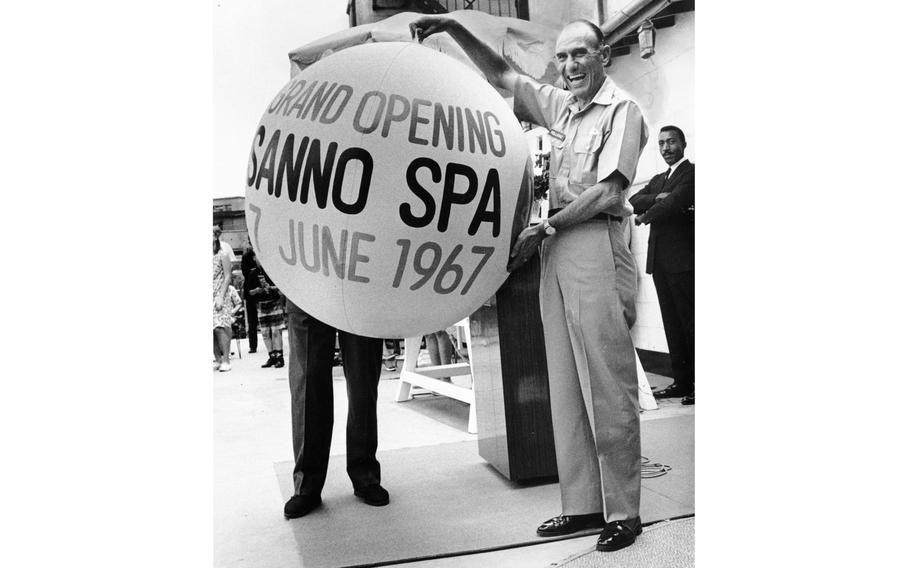 Tokyo, June 7, 1967: Maj. Gen. Lloyd E. Fellenz, commanding general, U.S. Army Japan. holds a giant printed balloon at the grand opening of the Sanno Pool at the Sanno military hotel. The Sanno originally opened its doors in 1932. Gutted by Allied bombing during WWII, American occupation forces took over the facility 1946 and rebuilt it. It was then used as field officer lodging.