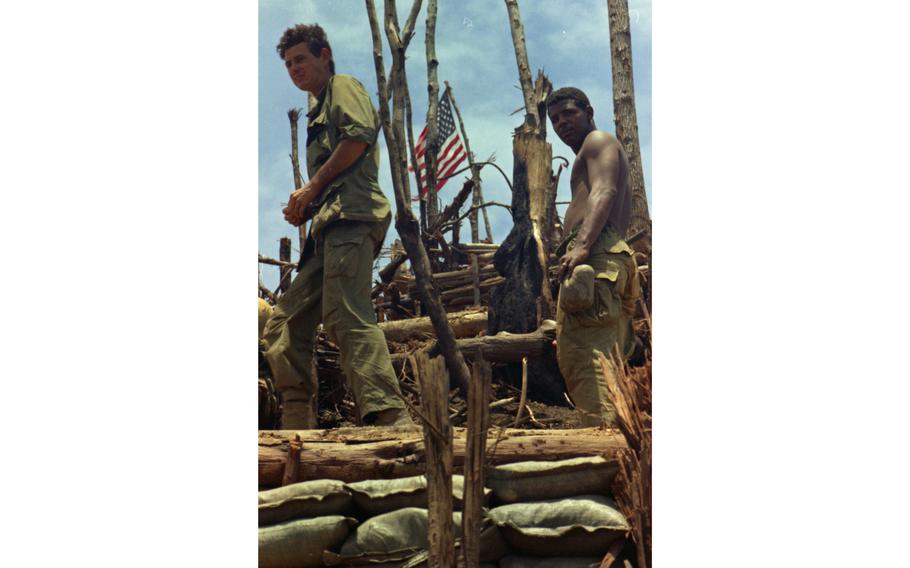 Dong Ap Bia, Vietnam, Aug. 4, 1969: From left, Pvt. Ed Hayes, 28, and Pfc. Charles Dobard, 26, in front of a bunker fortification on top of Hill 937 of Dong Ap Bia, better known to Americans as Hamburger Hill. Both are of B Company, 3rd Battalion, 187th Infantry Regiment, 101st Airborne Division. The American flag that can be seen flying on top of Hill 937 was hard won. In May elements of the 3rd Brigade, 101st Airborne, together with North Vietnamese Army infantry troops fought fiercely to gain control of the hill, a battle that would become known as the Battle of Hamburger Hill. Despite the hard-won victory, Stars and Stripes photographer Bob Hodierne’s original photo caption sheet already stated that “[The] 101st does not intend to make a permanent base on Hamburger Hill.”