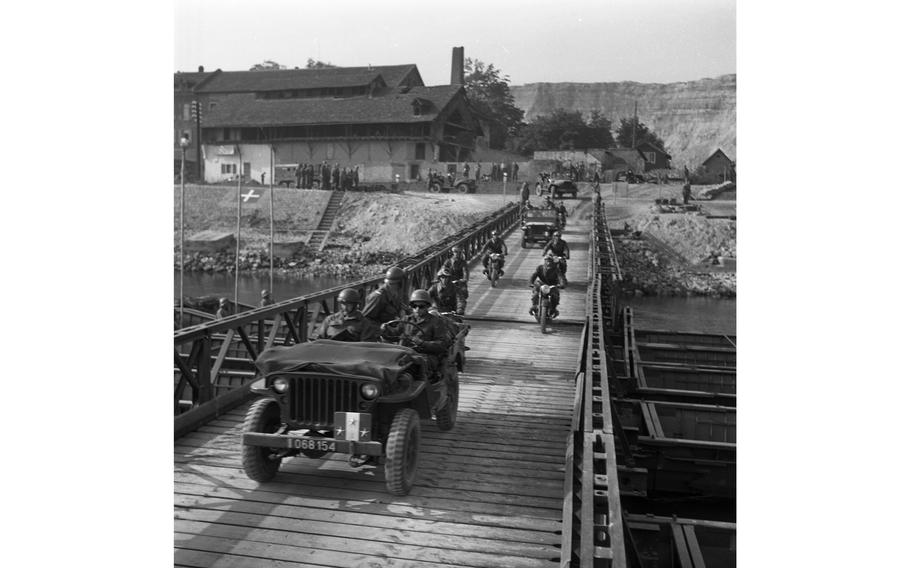 Germany, Oct. 7, 1951: Vehicles cross a pontoon bridge over the river Rhine on the second day of “Excercise Jupiter.” The three-day French directed war games have some 150,000 Allied troops — including 45,000 Americans of the Army’s V Corps — enact a mass counterassault across the Rhine against “enemy” troops dug in on the east bank.