On the ground in Afghanistan, 2011 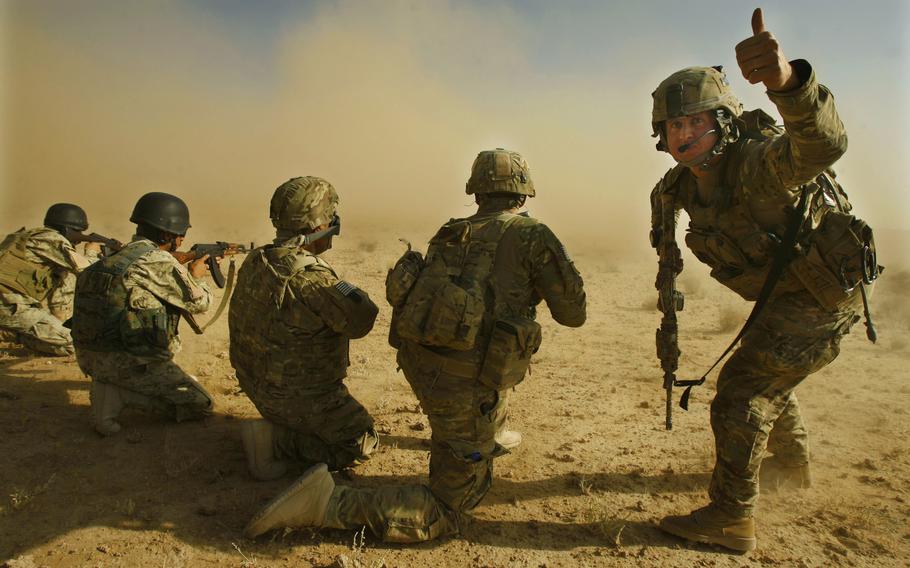 Afghanistan, October 2011: Staff Sgt. Donald Thompson of Company F, 4th Battalion, 101st Aviation Regiment, 159th Combat Aviation Brigade, 101st Airborne Division, gives a thumbs up to a Black Hawk pilot after being dropped into the Registan Desert for a mission in Kandahar province, Afghanistan. Thompson, who was severely injured in 2006 when he stepped on an improvised explosive device in Iraq, is part of a growing number of veterans who are returning to combat operations after being severely wounded.