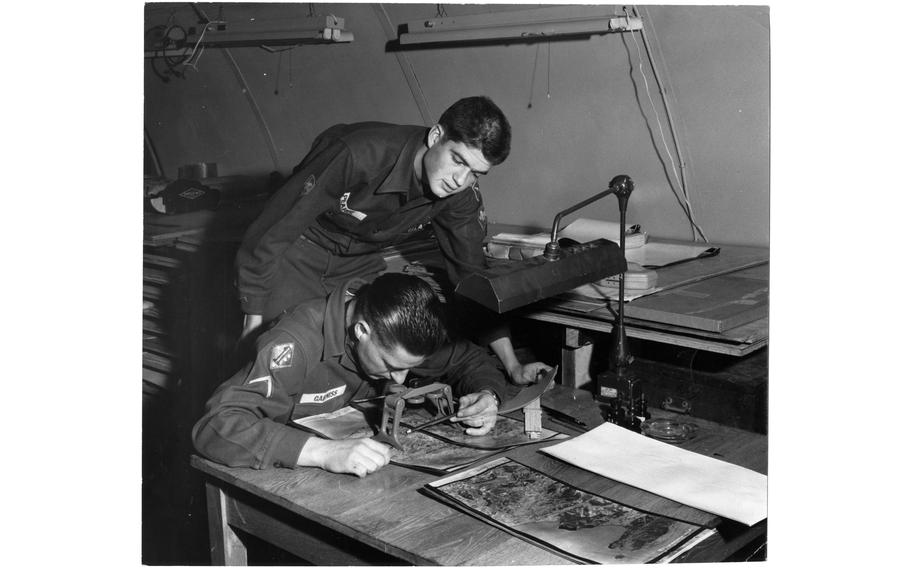 Camp Page, South Korea, Feb. 20, 1959: Army PFC Steve Garniss with Hq. Co. of the U.S. Army 4th Missile Command in Korea peers at an aerial photo map as SP4 John Pearce looks over his shoulder. Garniss was a photo analyzer and Pearce was an order of battle man with the unit. They were studying photo maps to determine what installations are shown. The blue Guadalcanal patch of the 1st Marine Division that Garniss, from Whitman, Mass., sports on his right shoulder is a rare sight on an Army uniform, but Garniss was a Leatherneck combat veteran who earned the right to wear it. Garniss fought from the Pusan perimeter to the Chosin Reservoir during the first hard year of the Korean conflict with the 5th Marines, 1st Marine Division. He traded his sergeant stripes and Marine uniform he had worn for eight years for Army green.