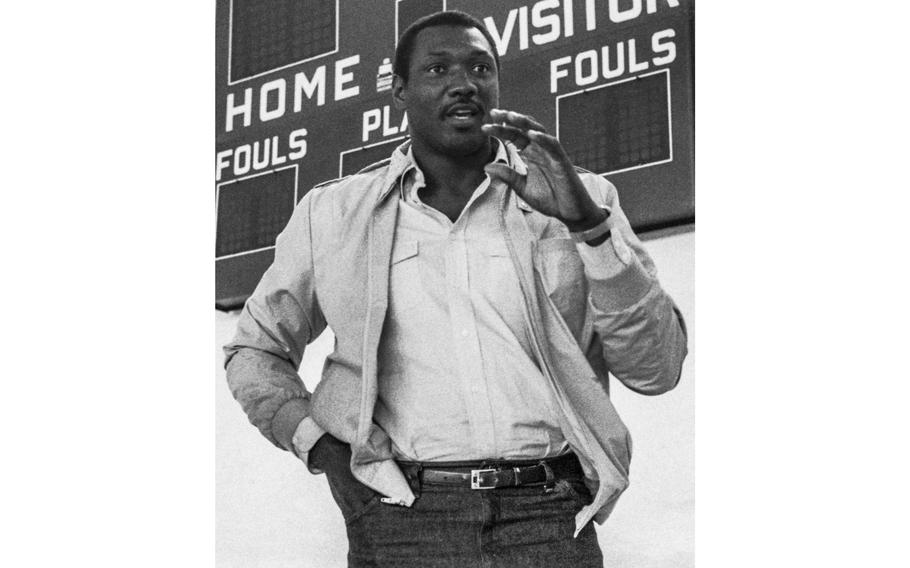 Darmstadt, West Germany, July 1984: Future basketball Hall of Famer Elvin Hayes, recently retired after 16 outstanding years in the NBA, speaks during a visit to U.S. troops in Germany. In an interview, Hayes criticized the decision by his former team, the Houston Rockets, to use their top draft pick on a second center, Akeem Olajuwon, when they already had Ralph Sampson on the roster. Hayes would have drafted Michael Jordan instead — a choice that seems obvious in hindsight, but must be weighed against Olajuwon’s outstanding career in which he led Houston to two NBA titles in the mid-1990s.