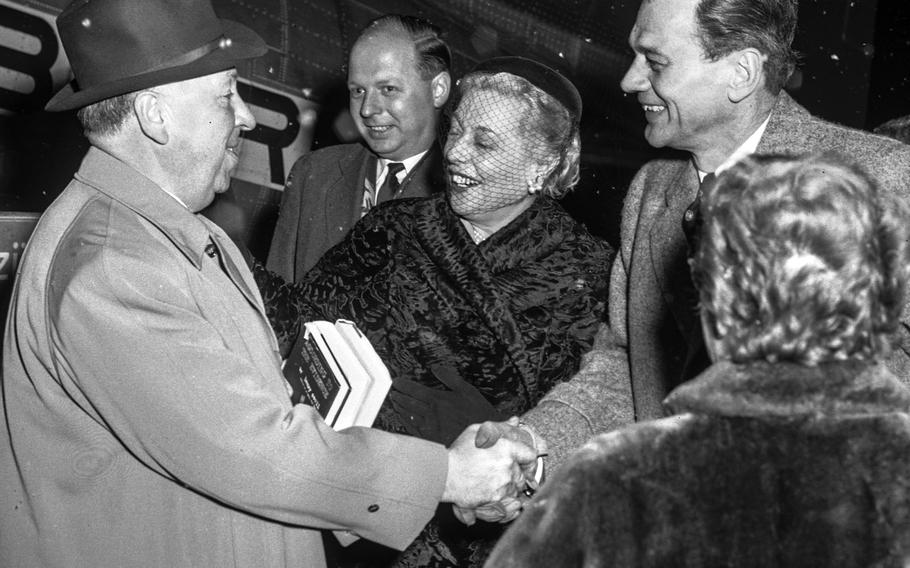 Frankfurt, West Germany, January 1955: Director Alfred Hitchcock is greeted by actor Joseph Cotten at the Rhein-Maine airport. Cotten starred in Hitchcock’s “Shadow of a Doubt” (1943), and in 1955 was the host of the 20th Century Fox Hour on TV. That year, he also starred in a notable episode of “Alfred Hitchcock Presents,” playing a comatose man who is aware that everyone thinks he’s dead but is unable to communicate with them.