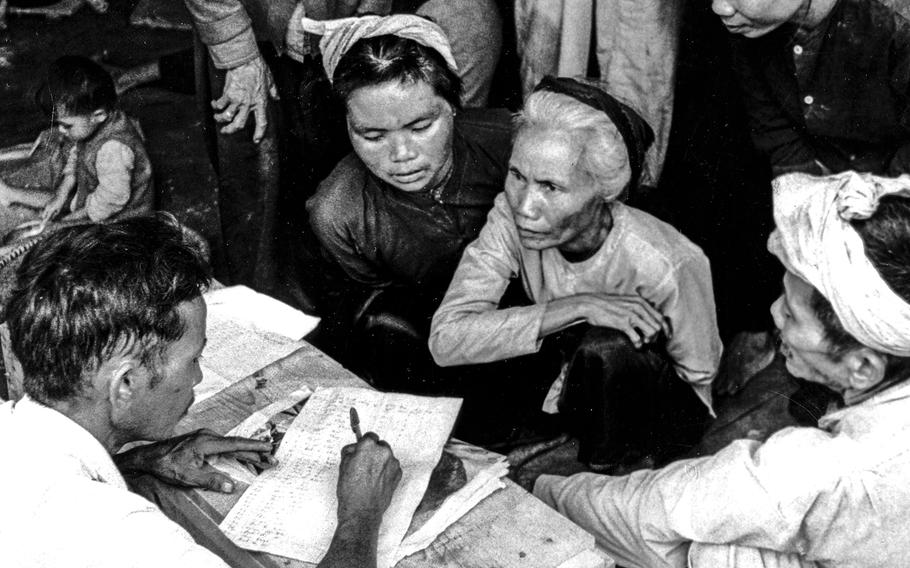 South Vietnam, December 1968: A village official checks refugees against lists in an attempt to sort out suspected Communists at a camp near Dien Ban, a small village 10 miles south of Da Nang. More than 2,600 refugees who had been evacuated from 30 hamlets and 14 villages were housed at the camp, where they were cared for by and received aid from U.S. soldiers and Marines and the South Vietnamese government.