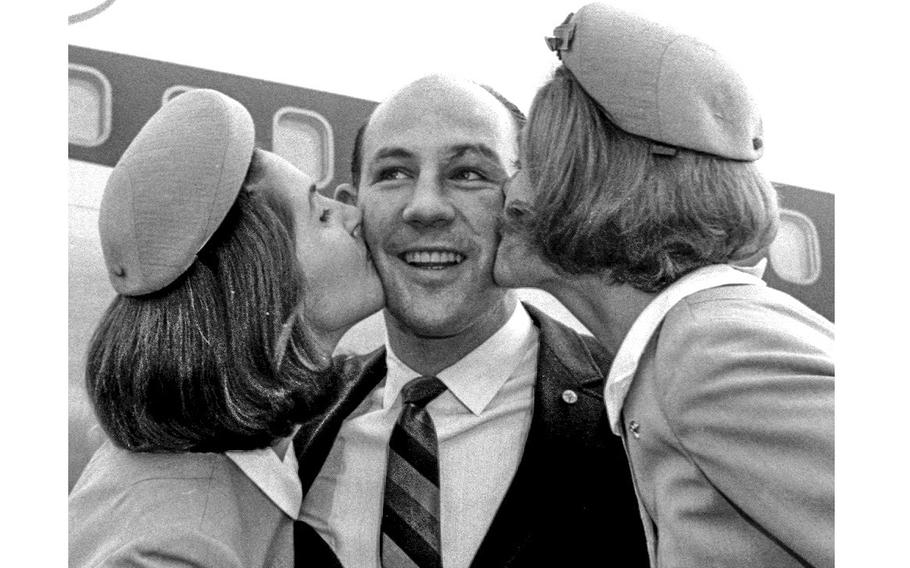 Frankfurt, West Germany, December 1965: Auto-racing legend Stirling Moss gets kisses from a couple of flight attendants after arriving at the Frankfurt airport. Moss won 212 races of all kinds in his career, which began in 1948 and ended with a 1962 crash that left him in a coma for six months. Sixteen of his wins were in Formula One Grand Prix events.