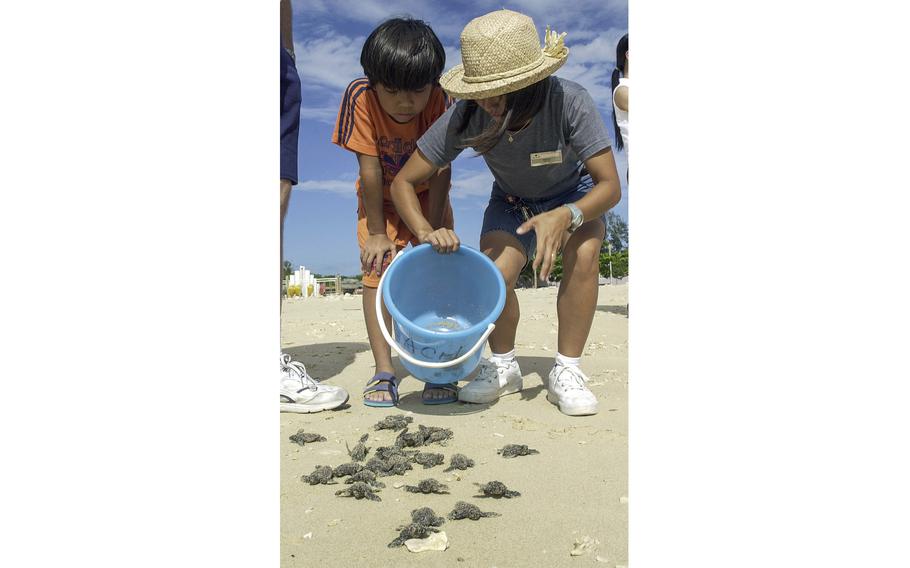 Torii Station, Okinawa, August 2002: Lifeguard Mayo Miyazato and her 10-year-old son, Zen, release 19 baby sea turtles they found scampering across Torii Beach. After keeping the turtles safe in an aquarium for a few hours, Torii personnel released the turtles during high tide to allow them easy access to the ocean without having to crawl over the reef in low tide.