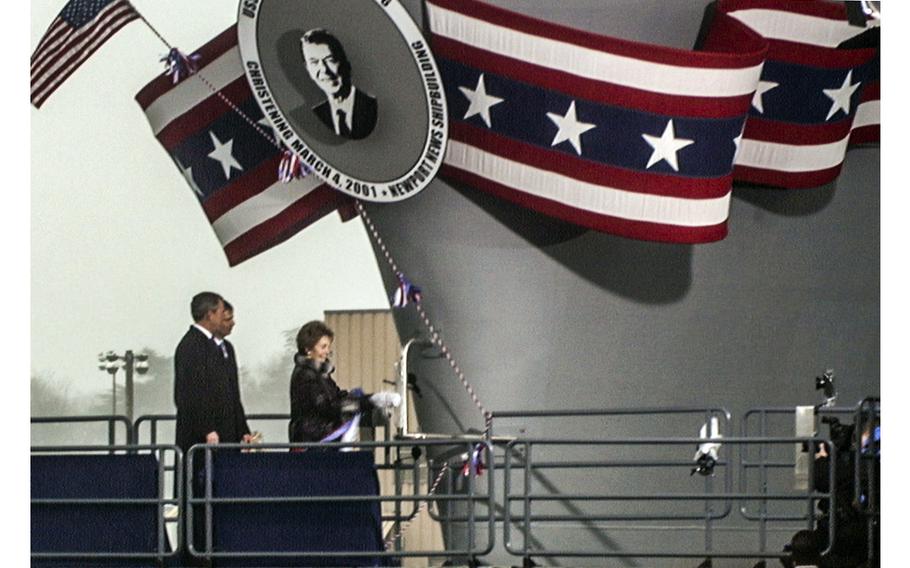 Newport News, Va., March 2001: With a firm, two-handed grip, former first lady Nancy Reagan smashes the ceremonial bottle of champagne against the hull of the Nimitz-class aircraft carrier christened in the name of her husband, Ronald Reagan. The ceremony, attended by President George W. Bush, was held on the couple’s 49th wedding anniversary at Nancy Reagan’s request.