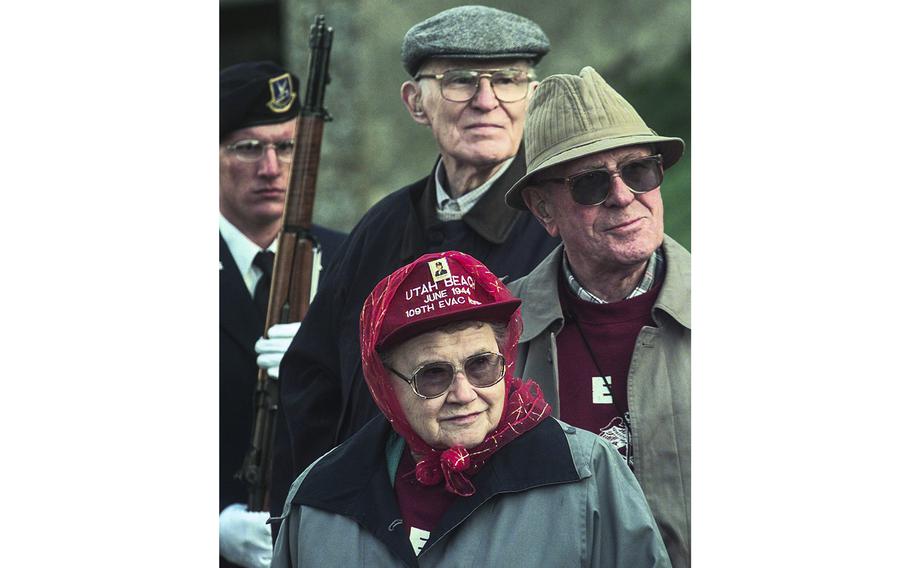 Olizy, France, November 2000: American World War II veterans John Lindsey, Blanche Scherbarth and Art Scherbarth take part in a memorial dedication ceremony for 1st Lt. Richard Noble, who was executed after being captured by the Nazis in 1944. Jonn Lindsey and Blanche Scherbarth served with the 109th Evacuation Hospital, and followed the front from Normandy to Pilzen. The Scherbarths met in France, and were married soon after. Behind the trio is Airman 1st Class Joshua Jameson of the USAFE Elite Guard, out of Ramstein Air Base, Germany.