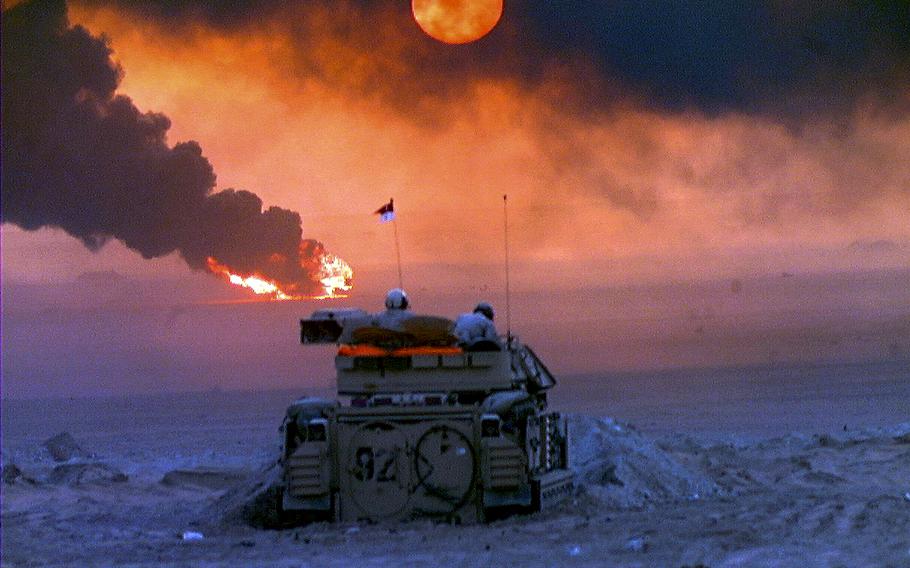 Kuwait, February 2001: A Bradley Fighting Vehicle sits in the desert during a live fire exercise about 12 miles from the Iraqi border. U.S. and Kuwaiti troops took part in the display, entertaining such VIPs as former President George H.W. Bush and Gen. Norman Schwarzkopf., who were in the country to help it celebrate the 10th anniversary of its liberation from Iraq by coalition forces.