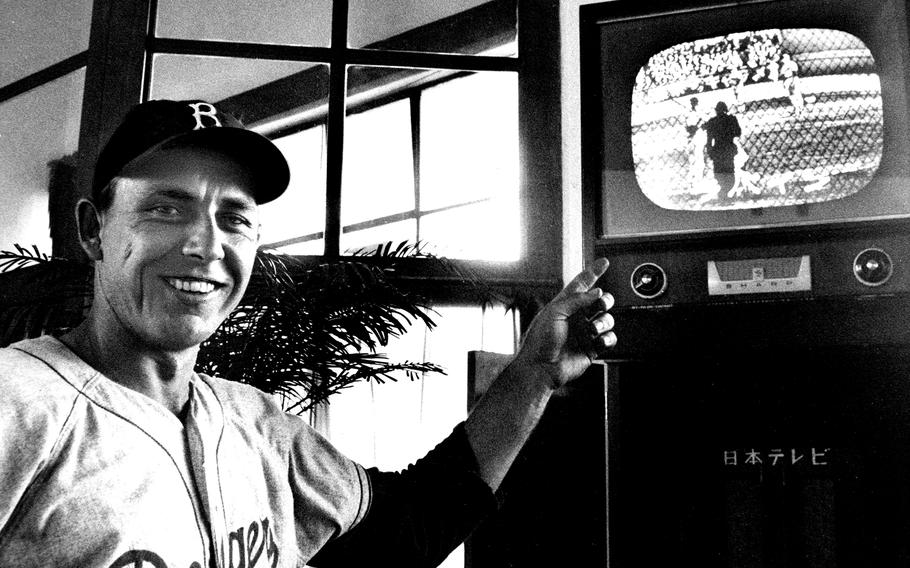 Tokyo, October 1956: Brooklyn Dodgers first baseman Gil Hodges points to a television set showing the game as he relaxes in the team’s dressing room at Korakuen Stadium. Hodges and other veterans were given a day off by manager Walter Alston as the Dodgers continued their exhibition series in Japan. Hodges, who managed the 1969 Mets to a World Series championship, will be inducted into the Baseball Hall of Fame in 2022.