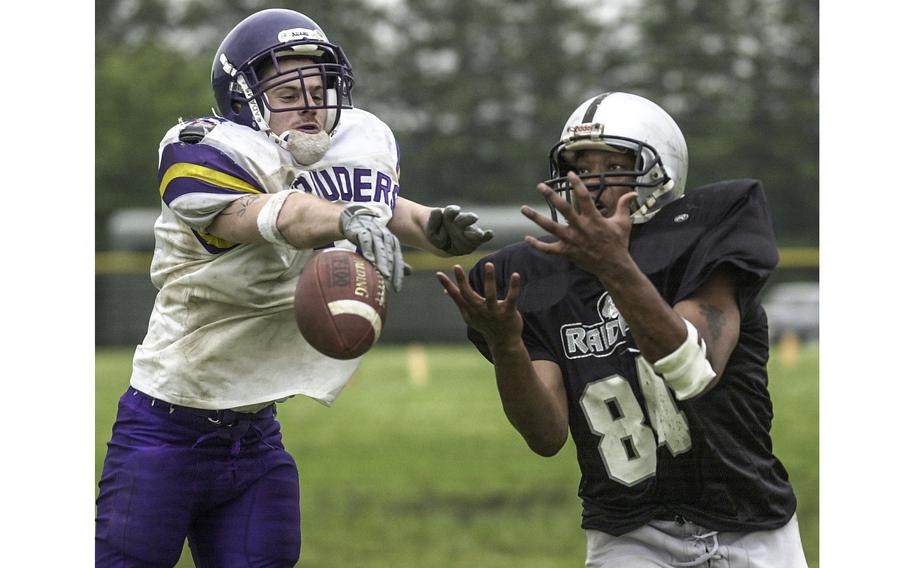 Yokota Air Base, Japan, June 2002: Cornerback Justin Stallings (7) of the Misawa Marauders bats down a pass intended for Anthony Thomas (84) of the Yokota Raiders during a U.S. Forces Japan-American Football League game at Darling Field. The Marauders pulled away in the fourth quarter for a 20-6 win, their first of the season.