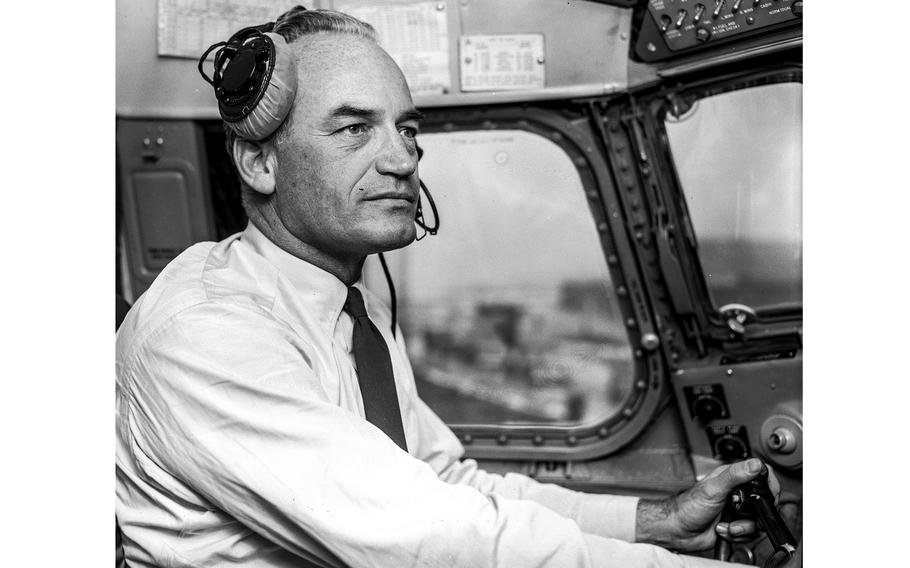 Frankfurt, West Germany, Jan. 26, 1957: Sen. Barry Goldwater, R-Ariz., sits at the controls of a MATS (Military Air Transport Service) plane that has just arrived at the Frankfurt airport. Goldwater, on a tour as an Air Force Reserve colonel, was a skilled pilot who had earned the Air Medal for ferrying a P-47 Thunderbolt across the Atlantic during World War II. He also flew the supply routes to the China-Burma-India theater. A 1998 obituary noted that by the time he retired as a major general in 1967, he had piloted 165 types of aircraft.