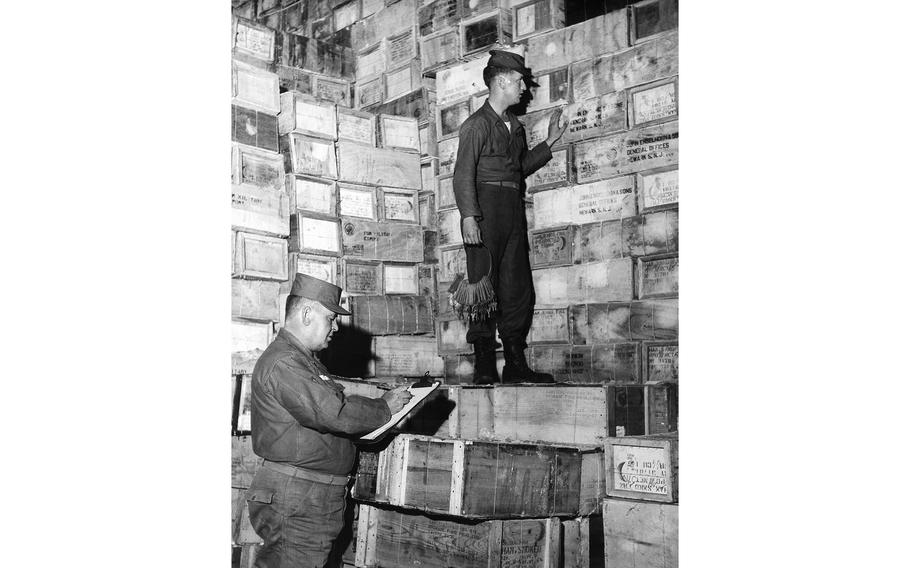 Pusan, South Korea, December 1957: Master Sgt. Robert S. Boyd, left, and Pvt. Allen G. Ladwig check a mountain of boxes containing stored meals at the 142nd Quartermaster Battalion's Plant No. 1. The giant supply operation was responsible for, among other things, receiving, storing and issuing all perishable foods arriving at Pusan port from the U.S., Japan and Okinawa. The 142 used 100 tons of ice and 1.5 million pounds of salt to keep everything fresh during the summer; a bakery unit attached to the battalion baked about 45,000 one-pound loaves of bread per month for troops in the Pusan Area Command.