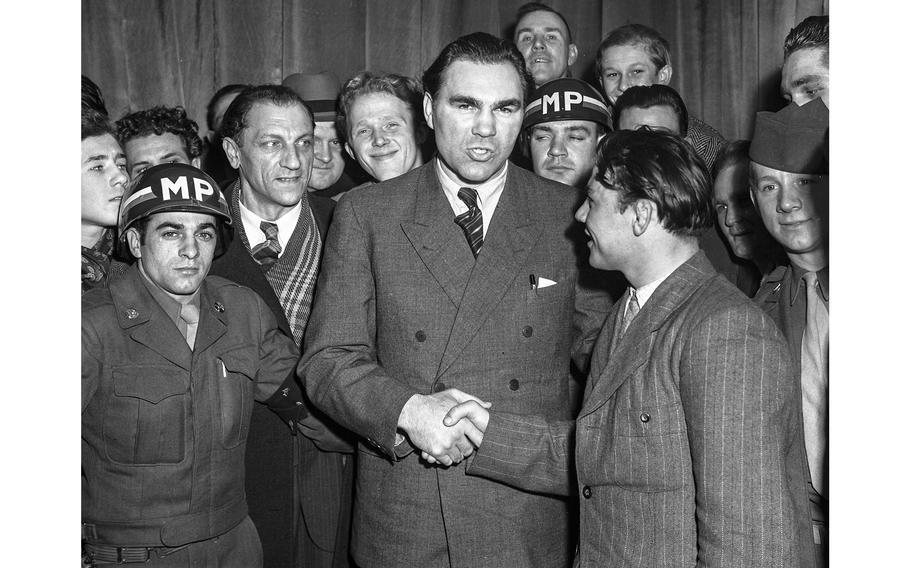 Nuremberg, Germany, January 1947: MPs hold back a crowd of fans anxious to get in the picture with former world heavyweight boxing champion Max Schmeling, the guest referee at a boxing exhibition. Schmeling still hoped to revive his career, but after five fights (two of them losses) in the next two years, he retired to a life as a very successful businessman in Germany. When he died in 2005 at age 99, The Guardian noted that Schmeling was “probably the last living person to have spoken with Franklin Roosevelt, Hitler, Al Capone, Pope Pius XII and Marlene Dietrich.”