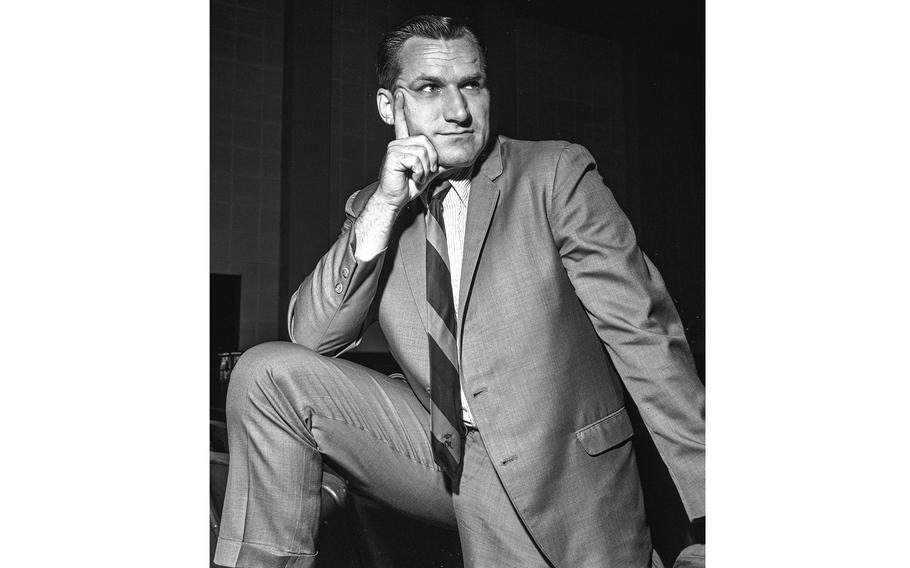 Wiesbaden, West Germany, September 1965: University of North Carolina basketball coach Dean Smith was one of the instructors at the annual USAFE basketball clinic. Ten years earlier, Smith had been a guard for the Furstenfeldbruck team that captured the USAFE tournament; his winning ways continued during his coaching career at North Carolina, with 879 victories and two national championships.