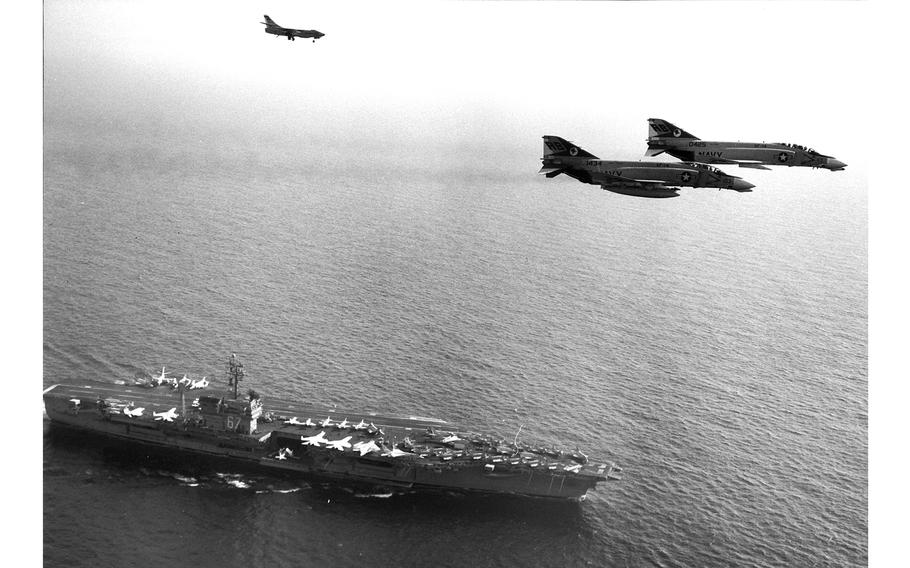 Mediterranean Sea, June 1969: F-4 Phantom jets fly over the USS John F. Kennedy during maneuvers in the Mediterranean Sea. Photographer Red Grandy, riding in another Phantom, later described the takeoff from the carrier: "The thrust pulled my lips back into an involuntary smile that was far from a reflection of my true feelings. We rocketed in two seconds to an exhilarating 150 miles an hour in a distance of 180 feet."