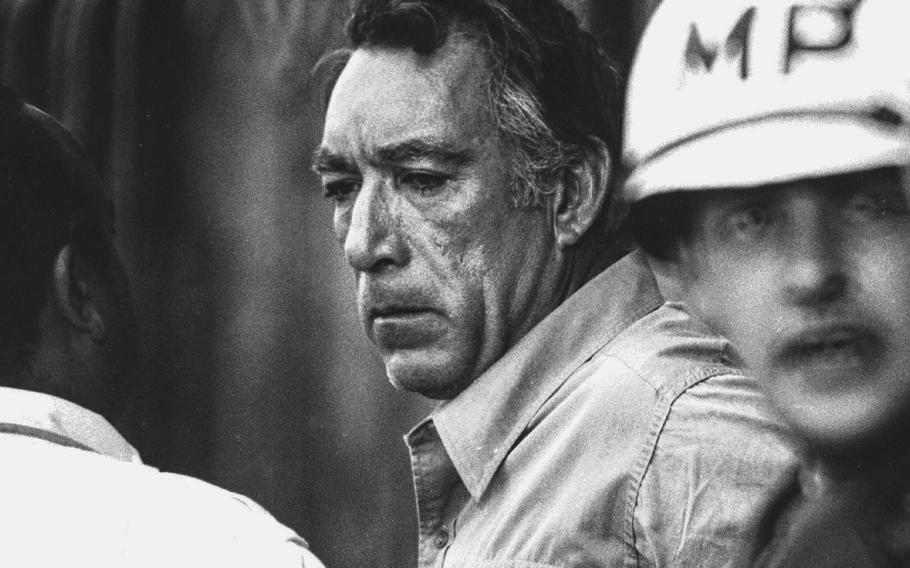 Munich, West Germany, August 1966: Actor Anthony Quinn takes a break during the filming of “The 25th Hour” at an abandoned Munich rail station. In the scene being shot, Quinn — as a Romanian peasant — is reunited with his family after a six-year separation caused by World War II. “He’s a victim of events so much bigger than he is,” Quinn said of his character. “I like him better than Zorba (the Greek).”