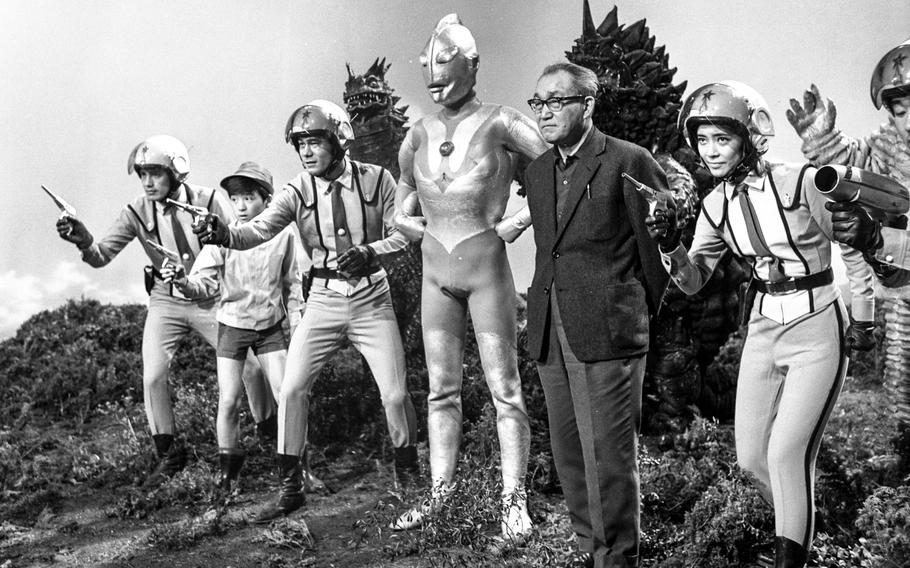 Japan, June 1966: Members of the “International Scientific Police Organization” and Ultraman pose with legendary science fiction producer Eiji Tsuburaya — whose other sci-fi creations included Godzilla — on the set of the Ultraman TV series. The shiny superhero, in the center of this photo, is relatively unknown in the U.S., but a 1997 marketing study found that the only bigger names in product sales worldwide were Mickey Mouse and Charlie Brown.